We are just giddy when one of the magazines we love to read thinks are work is worthy of publishing. Giddy I tell you! From photography to being quoted in articles, to having the interiors we have designed published or incorporated into a story. We've got a few good ones to share with you!
405 Magazine October 2019 Issue
World Wide Vibe
Writer Jill Farr 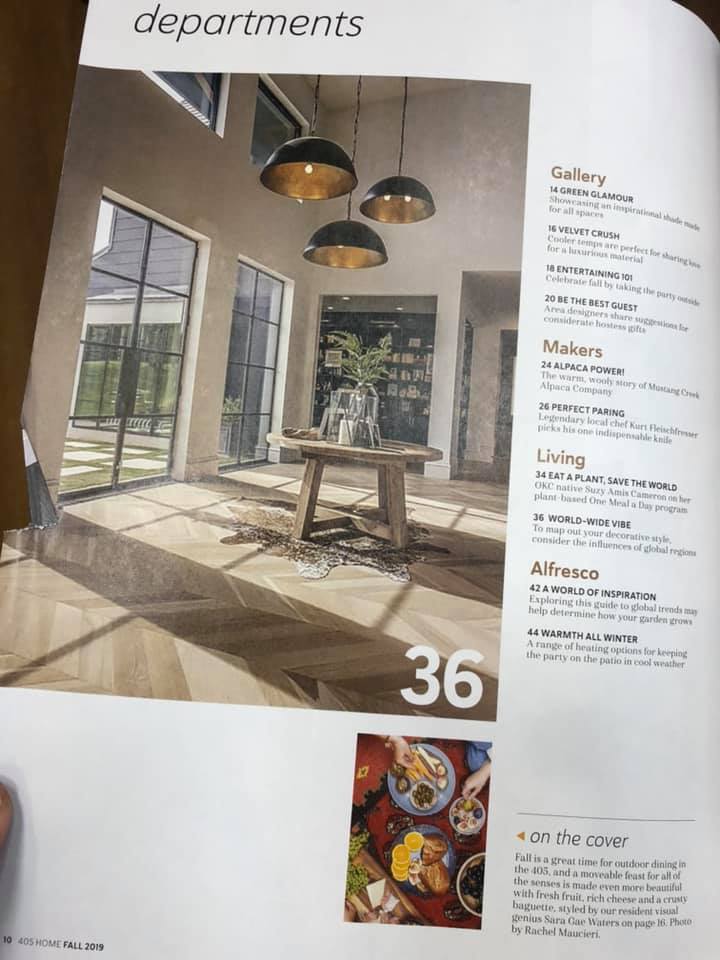 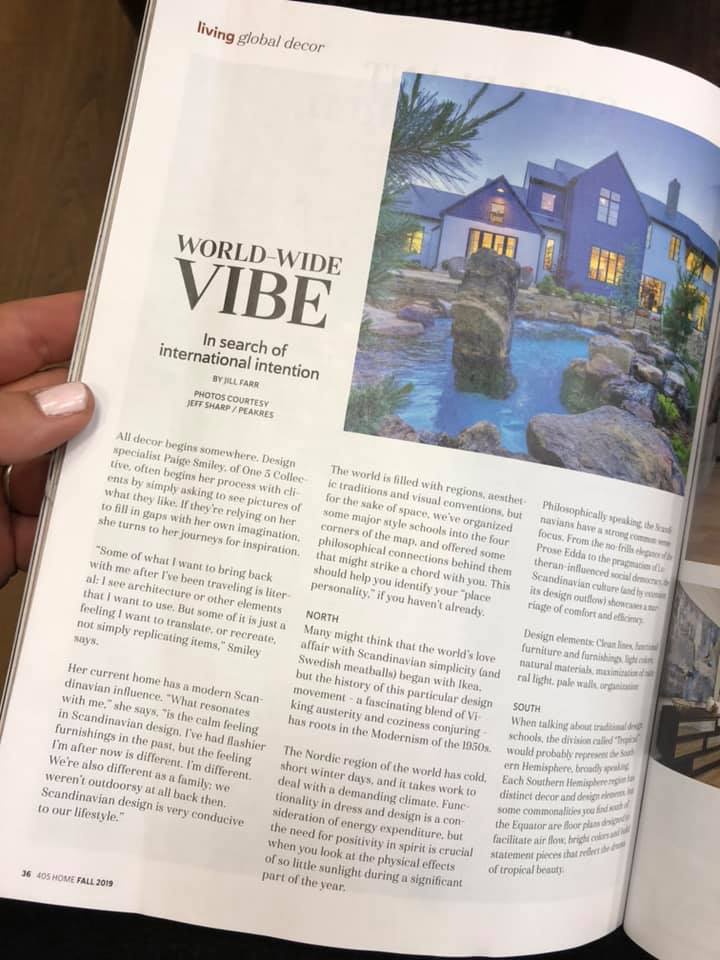 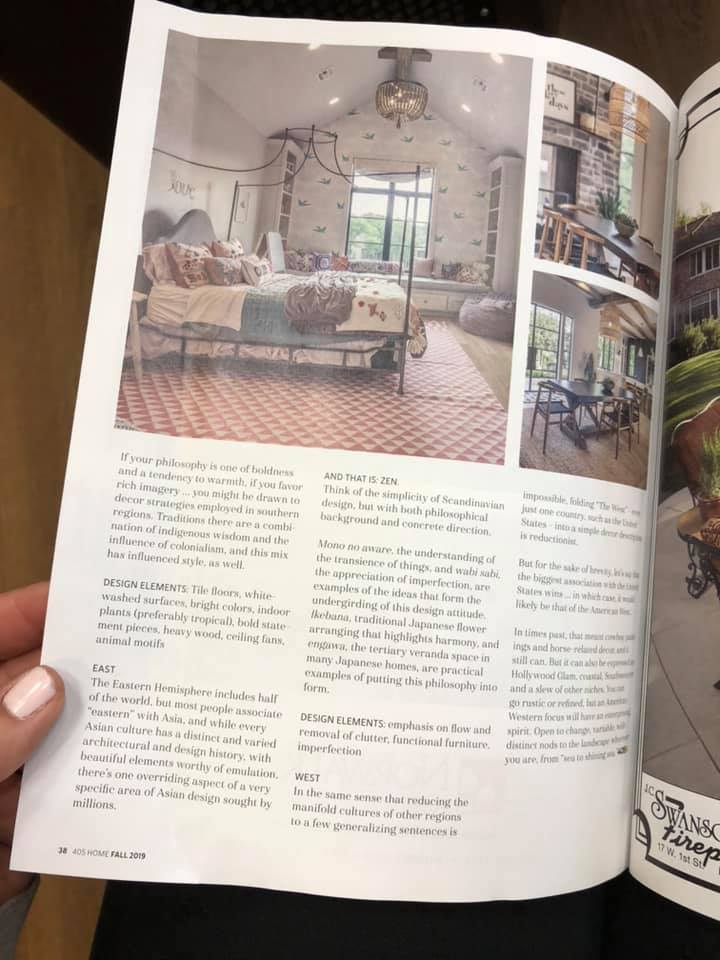 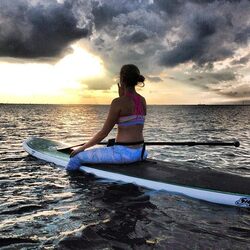 StandUpJournal.com
Photo of the year, May edition
An amazing sunset sup yoga session ended with watching the storms roll in. It’s moments like these that remind us our world is a beautiful place, to take a second, a tiny fraction of time, and take it all in. 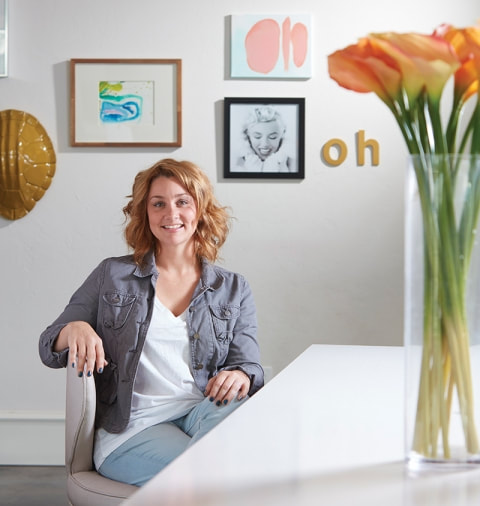 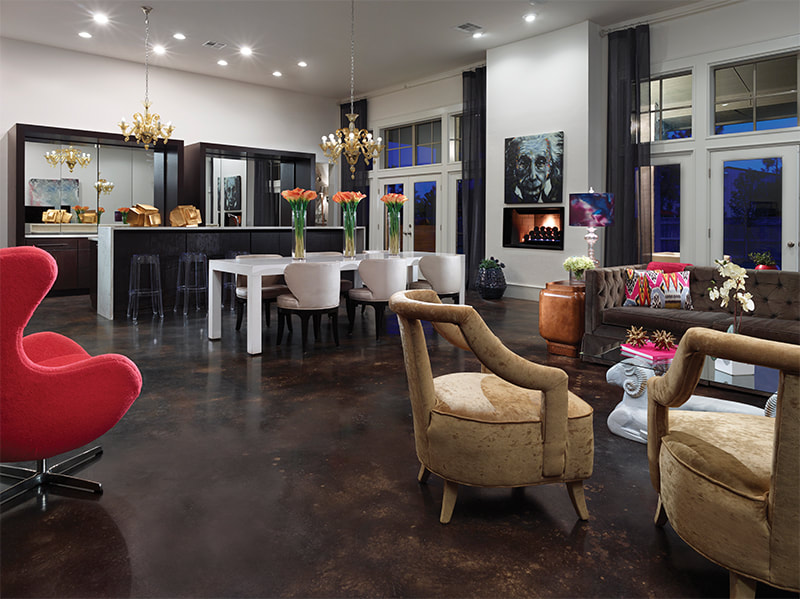 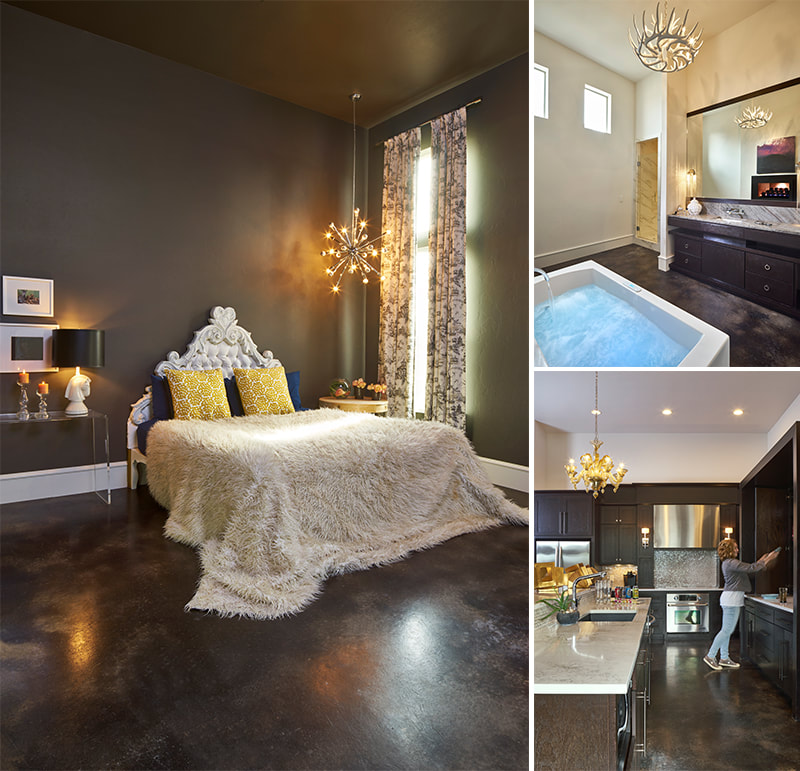 Step into the home of interior designer Paige Smiley and at first glance you might just think you’ve entered a high-rise penthouse in New York City, or any other metropolis where “chic” is the word. But the lofty, modern home is right in the middle of the ’burbs  - Mustang, U.S.A., to be exact.

Paige is co-owner of Oklahoma City’s tony Bella Vici design firm. Located in Deep Deuce, Bella Vici has worked on a number of restaurants, bars and condos in downtown Oklahoma City. Their client roster is a who’s who that includes Kd’s Southern Cuisine, the Dollhouse Burlesque Lounge and The Hill at Bricktown condominiums, as well as a number of prominent celebrities.

But when the work day is through, Paige retreats to her hometown.

“I would live in a container home or somewhere downtown if I could,” she said. “But having a kid run around downtown streets is terrifying so we opted for the ’burbs. I grew up just a few miles from my home now. I might have the coolest neighborhood in the world; we are great friends with the entire block and can usually be found just hanging in the streets chit-chatting it up.”

Coming up with just the right house to fit in with the neighborhood proved to be a bit of a challenge, however, and Paige said she had to “give in” a little on the exterior so the developer would allow them to build.

“It took me several months and about four totally different house plans until I felt it was right,” she said. “My goal was a modern European farmhouse on the exterior, incorporating pieces of traditional on the interior in the details, but going for slick finishes and cabinet designs.

“I am a complete mess-pot, so I worked the kitchen cabinets to hide the typical kitchen mess,” she added. “The mirrors open up and if anything is on the counter it will crash to the floor. So it forces me to be neat and tidy.”

Paige designed the house to be hands-on, and says it is a place for her family to relax and have fun.

“We have a lot of fun inside and we’ve been known to roller skate and ride bikes,” she said. “It’s definitely not one of those ‘don’t touch’ kind of houses. Being an interior designer, I love so many different eras, so it’s sometimes hard to just go one direction.”

The Smiley home has a definite contemporary flair yet maintains a comfy, welcoming feel and generous splashes of color.

“I love white,” Paige said. “White everything! But I know that’s not practical and it might get a little cold feeling. The playful use of colors really reflects my personality and keeps me feeling bright when work gets me stressed out. I’m not sure if I can put a label on this style, but it’s a mix of French and mod … with bits of velvet, tufting, sleek lines and funky vintage finds from thrift and resale shops.”

The master bedroom has a shag throw Paige had custom-made for their bed, and says it’s one of her favorite things even though it weighs a “whopping 50 pounds.” She also loves to paint, and most of the art in her home is her own.
“I love painting abstract art, and just recently started doing some watercolors,” she said. “My daughter, who just turned seven, is pretty good at it, too, so we created several pieces together.”

Paige has a degree in interior design, and says her first project came at a young age when her mother let her design her own bedroom.

“I remember it turned out totally boyish with blue walls and a red and blue plaid bedspread,” she says with a laugh. “I know my mom noticed something a little different when I would intentionally do creative projects wrong at school because the way I wanted it would look better than the teacher’s way. When I was about 12, I was drawing plans for funky spaceship-styled homes and I always dreamt of being an architect. I never wanted to be famous; I just wanted to do houses for famous people.”

These days, Paige heads for her office and with her co-workers collaborates with each client to make sure the final product meets their tastes, needs and budget. Oklahoma has so much to offer beyond cattle, oil and prairies, and as an interior designer, Paige says she is proud of her home state and the work she does here.

“As a design firm, store, and as a city the biggest thing is that we are current and hip,” Paige said. “Oklahoma City is one of the coolest cities I have been to. Small businesses here are so supportive of each other, and often work together on projects and are always there to lift one another up.

“The historical district we are in, Deep Deuce, was a thriving jazz district that inspired so many great artists years ago,” she added. “Coming together with the new owners to bring it back has been so amazing; it’s becoming quite the urban area in downtown Oklahoma City. I’m totally in love with how ‘Oklahoma proud’ everyone is becoming!”
Proudly powered by Weebly